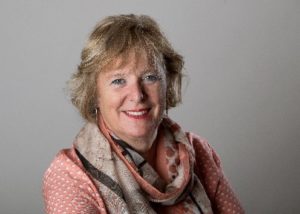 It is a pleasure and a privilege to welcome you to the 50th Anniversary of the Swiss Yodlers of Sydney and a weekend of wonderful celebration of our Swiss heritage.

Traditions and customs play an important role in Swiss cultural life. Switzerland, due to its geographical location, has for ever been a crossroads for different cultures. Swiss folk music has therefore been subject to a variety of cultural influences and has been enriched by visitors as well as immigrants. Passed-down from generation to generation, the Swiss folk music tradition is rich and, whilst every major city has orchestras, many smaller communities have a brass band, a choir or Yodler Choir which all keep our traditions alive.

Yodelling is often considered quintessentially Swiss even though it is not exclusive to Switzerland. The traditional style of yodelling is originally a form of singing that involved singing with repeated changes in pitch from the chest register to the head register without using words that mean anything. In Switzerland and some of the other Alpine countries, it developed into song with words in the 19th century. These yodel songs, often accompanied by a “Schwyzerörgeli” (accordion), are the genre most favoured by Yodlers. In 1910, the different clubs merged into the Swiss Yodelling Association. Each year they perform in front of the jurors in regional and cantonal yodel festivals and every three years in a national event.

The Swiss Yodlers of Sydney, founded in 1968, are a wonderful manifestation of maintaining the Swiss traditions far away from Switzerland. Their varied activities are an important part of the Swiss in Sydney, their 1st of August celebrations with over 1000 participants legendary. The Club takes part in multicultural events in NSW, and in charity and fundraising events. Their trips to Switzerland and their participation in the national yodel festivals are unforgettable. They describe themselves as a collective of enthusiastic male and female singers who don’t have to be “Yodlers” but have to be “singers capable of holding a tune”.

During this special weekend they will welcome other Yodlers from around Australia and New Zealand, and together they will celebrate Swiss music, culture and traditions.

It is with much pleasure that I extend my congratulations to the Swiss Yodlers of Sydney on their 50th Anniversary. I wish them all the best for the future and look forward to hearing them on many more occasions.

The Swiss Yodlers of Sydney

GRAND FINALE with All Choirs combined

Entry fee:  Please note, NO tickets will be available on the night, please book your table/ticket via the Swiss Yodlers of Sydney official website

We very much thank our Sponsors and Supporters for assisting our Club in many ways and we ask that consideration be given (where/when appropriate) to their Services and/or Products.