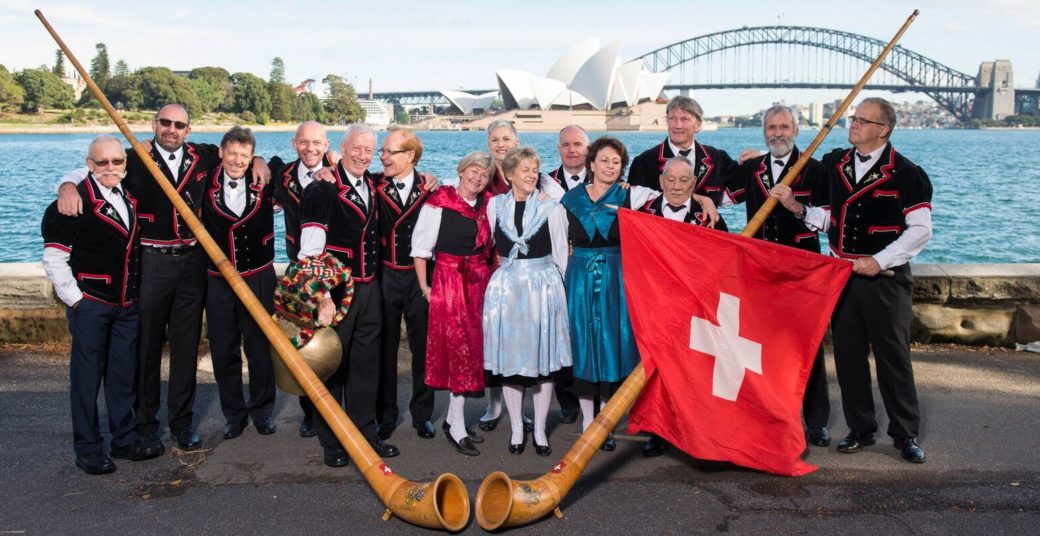 As a group. we were invited to perform at the Melbourne Swiss Festival 2016 at South Bank on Sunday 8 October 2016, together with the alphorn players. We also combined with the Melbourne Matterhorn Yodel Choir to sing Kammerade. A highlight of the entertainment was the performances by the Guggemusik Band from Auckland, NZ. One could say it was hair raising – partly due to the gale forced wind which did not let up the whole day and which caused blackouts throughout the State of Victoria.

We very much thank our Sponsors and Supporters for assisting our Club in many ways and we ask that consideration be given (where/when appropriate) to their Services and/or Products.